One evening—in fact on the evening when the crime was committed—the woman was walking in her garden late. In the moonlight she saw Braddock and Cockatoo go down along the cinderpath to the jetty near the Fort.

Wondering what they were doing, she waited up, and heard and saw them—for it was still moonlight—come back long after midnight. The next day she heard of the murder, and guessed that the Professor and his slave—for Cockatoo was little else—had rowed up to Pierside in a boat and there had strangled Sidney and stolen the mummy. She saw Braddock and accused him. The Professor had then opened the case, and had pretended astonishment when discovering the corpse of the man whom Cockatoo had strangled, as he knew perfectly well.

Braddock at first denied having been to Pierside, but Mrs. Jasher insisted that she would tell the police, so he was forced to make a clean breast of it to the woman. It seems that Sidney by mistake had left behind the disguise in which he intended to escape. The Kanaka easily could be mistaken for a woman, as he also, like Sidney, was slender and smooth-chinned. Also, he wore the shawl over his head to disguise his mop of frizzy hair as much as possible, and for the purpose of concealing his tattooed face.

In the darkness—it was after nine o'clock—he spoke to Sidney through the window, as he had seen him there earlier, when searching for him. Cockatoo said that Sidney was much afraid when he heard that his purpose had been discovered by the Professor. He offered a share of the plunder to the Kanaka, and Cockatoo agreed, saying he would come back late, and that Sidney was to admit him into the bedroom so that they could open the mummy and steal the jewels. Sidney quite believed that Cockatoo was heart and soul with him, especially as the cunning Kanaka swore that he was weary of his master's tyranny.

It was when Cockatoo was talking thus that he was seen by Eliza Flight, who mistook him—very naturally—for a woman. Cockatoo then returned by boat to the Gartley jetty and told his master. Afterwards, the Professor, at a much later hour, went down to the jetty and was rowed up to Pierside by the Kanaka. No one was about at that hour, not even a policeman, and there was no light in Sidney Bolton's window.

Braddock was much agitated as he thought that Sidney had already escaped. He waited in the boat and sent Cockatoo to knock at the window. Then a light appeared and the window was silently opened. The Kanaka slipped in and remained there for some ten minutes after closing the window. When he returned, the light was extinguished. He whispered to his master that Sidney had opened the packing case and the mummy coffin, and had ripped the swathings to get the jewels.

When Sidney would not hand over the jewels to the Kanaka, as the latter wanted him to, Cockatoo, already prepared with the window cord, which he had silently taken from the blind, sprang upon the unfortunate assistant and strangled him. Cockatoo told this to his horrified master, and wanted him to come back to hide the corpse in the packing case. Braddock refused, and then Cockatoo told him that he would throw the jewels—which he had taken from Sidney's body—into the river. The position of master and servant was reversed, and Braddock was forced to obey. The two men relighted the candle and pulled down the blind.

They then placed the corpse of Sidney in the packing case, and screwed the same down in silence. When this was completed, they were about to carry the mummy in its coffin—the lid of which they had replaced—to the boat, when they heard distant footsteps, probably those of a policeman on his beat. At once they extinguished the candle, and—as Braddock told Mrs. Jasher—he, for one, sat trembling in the dark. But the policeman—if the footsteps were those of a policeman—passed up another street, and the two were safe.

Without relighting the candle, they silently slipped the mummy through the window, Cockatoo within and Braddock without.


The case and its contents were not heavy, and it was not difficult for the two men to take it to the boat. When it was safely bestowed, Cockatoo—who was as cunning as the devil, according to his master returned to the bedroom, and unlocked the door. He afterwards passed a string through the joining of the upper and lower windows, and managed to shut the snib.

Afterwards he came to the boat and rowed it back to Gartley. On the way Cockatoo told his master that Sidney had left instructions that the packing case should be taken next morning to the Pyramids, so there was nothing to fear. The mummy was hidden in a hole under the jetty and covered with grass. It was easier to hide it amongst the grasses under the jetty, as no one ever goes there. The rest is after events. Hope ran his eyes swiftly over the remaining portion of the paper, and gave further details rapidly to his friend.

He fancied that the mummy might be found under the jetty and that inconvenient inquiries might be made. Also, he wished if possible to implicate Mrs.

Jasher, so as to keep her from telling to the police what he had told her. He and Cockatoo went down to the river one night and removed the mummy to the arbor silently. Afterwards he pretended to be astonished when I found it. That was a bold stroke of genius. He swore to Mrs. Jasher that if she said anything, he would tell the police that she had taken the clothes provided by Sidney from the Pyramids and had gone to speak through the window, in order to fly with Sidney and the emeralds.

As the fact of the mummy being found in Mrs. Jasher's garden would lend color to the lie, she was obliged to hold her tongue. And after all, as she says, she didn't mind, since she was engaged to the Professor, and possessed at least one of the emeralds. He had to do it, or risk her splitting. That was why he placed the mummy in her garden, so as to bring her into the matter, and render it more difficult for her to speak.

Braddock sold the emerald for three thousand pounds, and it is now on its way to an Indian rajah.

I fear Don Pedro will never set eyes on that again. Jasher by saying it was left to her by that mythical Pekin merchant brother of hers. What an infernal little villain! And I expect he sent Cockatoo down last night for the other emerald. But she said, when dying, that the Kanaka asked for the second emerald.

If she had not sent it to you in a fit of weakness, I expect she would have passed it along. Jasher confessed when everything was so safe. Perhaps she wanted the five thousand to spend herself, knowing that the Professor's plunder would be wasted on his confounded expedition. At any rate she gave herself away by the blackmail, and I expect she grew frightened.

If the house had been searched—and it might have been searched by the police, had I arrested her for blackmail the emerald would have been found and she would have been incriminated. She therefore got rid of it cleverly, by passing it along to me as a wedding gift. Then she again grew afraid and wrote out this confession to exonerate herself.

She wrote that out to clear herself in case she was arrested for the blackmail, and perhaps in case Braddock refused to help her—as he certainly did, if you remember. If we hadn't come just in the nick of time, he would have annexed that confession, and the truth would never have become known. I shall give this to Inspector Date when he arrives.

The Professor has made his bed, so he must lie on it. When I marry Lucy, I'll take her away from this damned place. Meanwhile, I think you had better put on your overcoat, unless you want to walk through the village in crumpled evening dress, like a dissipated undergraduate.

Archie laughed in spite of his weariness, and assumed his greatcoat at the same moment as Random slipped into his. The two young men walked out into the village and up to the Pyramids, for Random wished to see Braddock before returning to the Fort. They found the door of the great house open and the servants in the hall.

Why do we Look that Way First Mummy?

Where is your master? What does it mean? And just when poor Mrs. Jasher is murdered too. Poor Lucy Kendal was terribly grieved and shocked when the full account of her step-father's iniquity was revealed to her. Archie tried to break the news as delicately as possible, but no words could soften the sordid story.

Lucy, at first, could not believe it possible that a man, whom she had known for so long, and to whom she was related, would behave in such a base way. To convince her Hope was forced to let her read the account in Mrs. Jasher's handwriting. When acquainted with the contents, the poor girl's first desire was to have the matter hushed up, and she implored her lover with tears to suppress the damning document. 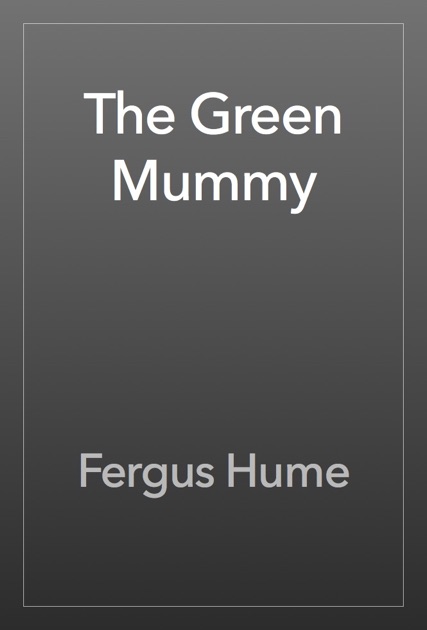